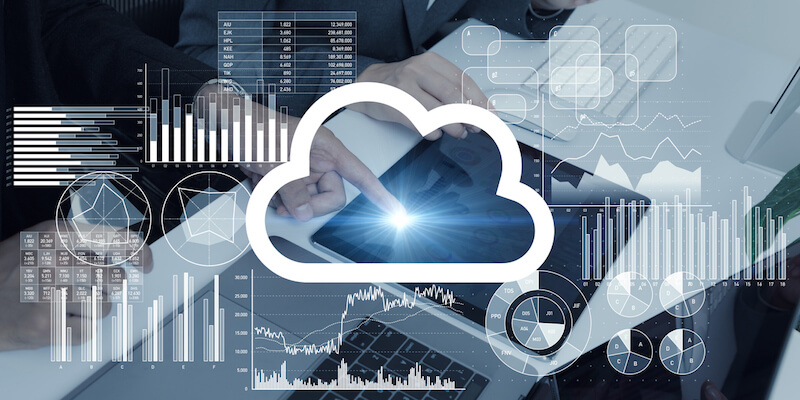 The cloud is driving the digital sourcing market

Following the general trend of digitalization, more and more businesses migrate their data centers into the cloud, and subsequently increased the spending on digital infrastructures over 800 million US Dollars. The Information Services Group (ISG) has summarizes all developments in budget shift of the digital transformation in their IQ18 Global ISG Index.

The ISG Index underscores only, what the digital trend already predicted. The annual contract value (ACV) in commercial outsourcing surpassed the previous quarterly high of 10,9 billion US Dollars to an extraordinary 12,2 billion. This growth is fueled by the strong demand for as-a-service solutions, which is added to the steady ACV of traditional sourcing.

In the Americas, the ACV of traditional sourcing even rose more than 30 percent compared to last year’s figures. Application outsourcing and restructuring drove the increase. Compared to that as-a-service grew by 32 percent, which included both IaaS and software-as-a-service (SaaS).

In Europe, traditional sourcing plummeted 40 percent during the same time period, due to the severe struggle of the two biggest markets, the UK and DACH. The worse slump was recorded in the major industries in of banking and finance, energy and telecommunication. Contrary, the records of as-a-service ACV went up 37 percent, yet this could not compensate the steep drop in traditional sourcing.

Summarizing, the ISG Index verifies growth in the digital economy and consequent financial gains. New digital technologies continue to lower costs and change business models, which promote growth. The ISG even confirms a direct connection between digital transformation and network performances due to the flexibility of the cloud.

SD-WAN adaptation had not yet reached full appreciation, yet companies should not wait too long to deploy the digital technology in order to stay competitive.

Also, expectations are for more activity in the merger and acquisition of the network technology area.

To get a more complete picture of current market dynamics, including the growth in demand for the as-a-service model, view the 1Q18 Global ISG Index™ presentation slides, news release and infographic on the ISG Index page.

This article is based on an article by the Information Services Group.

CURRENT STORIES FROM IT & TECH