Report on Overcoming Charging Infrastructure Interoperability Challenges – Emissions statistics for 2018 published on February 2018 by the Business, Energy and Industrial Strategy department, show that for the first time transport has surpassed energy supply as the biggest source of greenhouse gases in the UK. Transport was responsible for 125.8 million tonnes of carbon dioxide (MtCO2e), up from 123.4 MtCO2e in 2015.

In contrast energy supply pumped out 120.2 MtCO2e, equating to a quarter of total emissions, while transport accounted for 26 per cent. Responding to the statistics, Friends of the Earth climate campaigner Simon Bullock, said: “Transport secretary Chris Grayling must play catch-up fast – his department can’t continue to crawl along in the slow lane when it comes to tackling climate change.”

It would appear that consumers are up to the challenge: 37.8 percent of UK respondents to a recent 2,000-person OVO survey expect electric vehicles to become mainstream before many other new consumer technologies. This sentiment is echoed in Europe where a recent survey, conducted by E.On, showed almost 50% of 8,000 respondents think that over the next decade, there will be more electric cars then vehicles with combustion engines. And it’s not just consumers that believe EVs are on the horizon: BNEF forecast 530m EVs by 2040 and oil giant, BP forecasts 300m. Fundamentally, EVs represent the biggest revolution in transport yet, impacting not only vehicle OEMs but the power sector, cities, local authorities, businesses with parking spaces and housing developments.

However, in the UK the greatest obstacle to customer acceptance is by far (56%) access to charging points. Even though other issues around availability of vehicles at a reasonable cost, choice of model and the second-hand market for cars have also emerged, it’s this single point that concerns consumers the most.

Sign up for the event E-Mobility Charging Infrastructure 2020 in UK and learn more about how automotive meets energy.

Interoperability is defined as the ability of various systems to work together. For the eMobility market, interoperability leads to non-discriminatory eMobility services, such as charging and navigation, and makes it available through-out a defined territory (in this case the UK) without limitation and with a coherent service quality level at an optimized price.

Although all public authorities refer to interoperability in their regulations or their tenders, there are typically three primary concerns that have to be addressed:

Ensuring a coherent and equivalent service level, nationally while from a customer’s point of view interoperability could be defined as the ability to use the Electric Vehicle Charging Infrastructure (EVCI) wherever it is located, whichever EV the customer uses and irrespective of who operates the charging point.

The typical user or customer would likely have several questions and concerns relating to interoperability:

Thus, for the eMobility service provider to ensure interoperability it has to make sure its services (search and find, charge, book, etc.) to its customers are compatible with the infrastructure of any charging operator under the umbrella of a B2B relationship at negotiated prices. A good example of this will soon be seen at Newcastle University where the UK’s first public 175kW electric vehicle chargers will be located. Under the new project with Dutch charging firm Fastned, which won the tender from the North East Combined Authority (NECA), two Go Ultra Low Fastcharging? ‘filling stations’ will be constructed: The first at the university and the other in the city centre of Sunderland.

Each will offer six 50kW fast chargers while two of those at the university will be the latest 175kW chargers, which are enabled to be upgraded to 350kW in the future. The 350kW option was recently unveiled by Fastned as a result of its partnership with technology provider ABB, with the first units installed at the modular De Watering charging station near Amsterdam.

Sign up for the event E-Mobility Charging Infrastructure 2020 in UK and learn more about how automotive meets energy.

With interoperability high on the list of requirements the Terra HP high-speed chargers have been developed to accommodate the capabilities of the latest EV models to be released from 2018 onwards which will be able to charge to 125 miles of range in less than 10 minutes. Meanwhile, EVs already on the road will also be able to use the chargers at their maximum charge.

Equipped with ABB’s Ability Connected Service, the charge stations are easily connected to back offices, multiple payment platforms or smart grids. The service further enhances the consumer experience through an intuitive, easy to use touchscreen display. Read more here.

The company intends to implement a similar pricing plan as used currently in The Netherlands, where two are in place. The first offers charging per kWh with no subscription fee at €0.49 while the other operates under a subscription plan of €9.99 per month with a lower price €0.35/kWh, all excluding VAT.

As governments and service providers roll out the charger network, charging-infrastructure firms have a stellar opportunity to demonstrate leadership and responsibility (as well as avoid regulation) to meet public infrastructure needs. By collectively adopting baseline standards for access, interoperability, transparency and pricing, charging companies can create a market environment of healthy collaboration and competition that will benefit all participants in the long run. Read more here.

Energy meets Automotive in an industry-coupling event: Discuss solution to an integrated charging network and understand Electro mobility in the context of MaaS, autonomous and fast-charging. Are you working in this area? IQPC is due to holding its E-Mobility Charging Infrastructure 2020 UK conference, between the 25 – 27 September 2018 in the United Kingdom. Learn more here.

At the conference you will learn about: 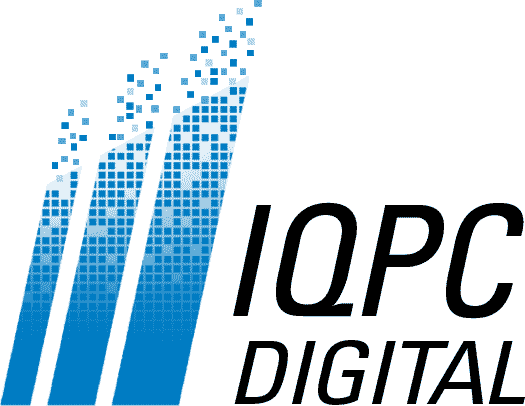 The two Munich-based companies NINE brackets and Actindo have entered into a partnership. The aim of ... »

Fitness wristbands have established themselves. Measuring your heart rate, the number of steps and kilometres ... »